Learn about the role of the research chef in new product development   Hear about the career journeys of these pioneer chefs who married the science of food to the art of culinary.   How is a food scientist different from a research chef?  Hear about some of their favorite projects where culinary science came to life.   What’s next for this new and emerging creative STEM career.  The presentation will be open for your questions. 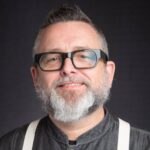 Chef Kyle Shadix is the only Certified Research Chef (CRC) in the world who is also a Registered Dietitian (MS, RD) and a Fellow of the Academy of Nutrition and Dietetics (FAND). A culinary-nutrition food scientist, Chef Kyle supports product development for PepsiCo Global R&D where he serves as the company’s first Corporate Executive Research Chef for Global Beverages. Chef Kyle is currently studying part-time for his Ph.D. in Food Science at Rutgers University in New Jersey; he expects to complete the program in 2023. He received his MS in Foods and Nutrition from New York University and completed his Dietetic Internship at Mount Sinai Hospital in NYC. He holds a BS in Consumer Foods and Food Science from the University of Georgia, Athens, and has completed culinary training at the Culinary Institute of America in Hyde Park, New York and Le Cordon Bleu in Paris. 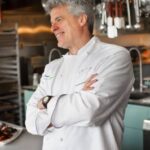 Chef Sandy Cook received a BS in Wildlife Science from Rutgers University in 1981.  Over the following 10 years, Chef Sandy developed and refined his culinary skills in many independent and chain restaurants throughout New Jersey and New York City, including the Quilted Giraffe.   This lead to a role in research and development with Balducci’s in Long Island City and an R&D Director’s position with Blue Ridge Farms. Chef Sandy earned his Certified Research Chef (CRC) from the Research Chefs Association in 2003.  In 2004, he chose a new career direction and joined Firmenich Flavors as a TechnoChef® in Princeton.  Chef Sandy earned an MS in Food Science from Rutgers University in 2009.  In 2013, Chef Sandy was promoted to Culinary Lab Manager® leading a team of TechnoChefs® in North America.   Promoted to Corporate Executive Chef, Sandy has since semi-retired, and continues to consult on an ongoing basis with both Firmenich and with Culinary Science Consulting. 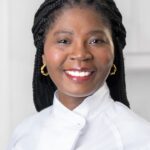 Chef Lauren Martey, a Certified Research Chef (CRC), joined Tastepoint via David Michael & Co. as a Product Development Research Chef (2012). As a Senior Research Chef, she focuses on savory flavor applications, creative concept development, formulations, and occasionally works cross category. Her prior R&D experience includes nearly 10 years at Cargill in Food Applications working with portfolio ingredients, and launching retail products. Her restaurant experience includes Head Chef at a fine dining restaurant, (Rico y Rico) and several years in restaurant management. Lauren earned a BS in Food Science from the University of Wisconsin-Stout and a Culinary Arts degree (AOS) from The Culinary Institute of America, Hyde-Park. She is an active Chef member of the Research Chefs Association (RCA). She was the winner of the RCA “Star of the Bar” cocktail competition (2021) and contributed recipes to the RCA Culinology Under Quarantine cookbook to raise funds for the student scholarship fund. She currently serves as a member on the Board of Directors at the University of Wisconsin-Stout. 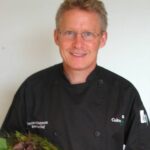 Chef Kevin McDermott joined International Flavors & Fragrances Inc. (IFF) in 2002 as Executive Chef for the North American arm of IFF’s global CulinEssence team. A 1981 graduate from The Culinary Institute of America (CIA), followed by a 2 year apprenticeship in a top-rated French restaurant. After twelve years of restaurant experience, Chef Kevin decided to explore a different path in the industry.  This led to positions with Unilever Best Foods Knorr Group and subsequently to the flavor industry, bringing his culinary perspective to the world of flavor technology.  In addition to his degree from the CIA, Chef Kevin received Certification as Executive Chef from the American Culinary Federation (ACF) and is a founding member of the Research Chefs Association (RCA).  In 2014 he received the RCA Pioneer Award which honors his continued contributions to the advancement of Culinology. 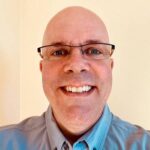 Chef Stefan Strehler started his career in Switzerland with an apprenticeship as a chef followed by a degree in Hotel & Restaurant Management while working for some of the country’s 5-Star hotels. In 1996 Chef Stefan moved to the USA and was introduced to industrial food development leveraging his Culinary expertise and in 2001 joined the flavor industry, first at FIS (Nestle), then at Givaudan and since 2014 at Takasago.

Please use the form below to confirm your participation!